The Preseli Mountains, or Preseli Hills, whichever you prefer, rise out of the landscape to 536m in the northern half of Pembrokeshire and are in complete contrast to the relative lowlands of the south.

A walk across the spine of Pembrokeshire

The Golden Road, running along the spine of the Preseli Hills (Mynydd Preseli), is one of the finest high ground walking ways in Wales.

This gently undulating route, with views as far as Ireland, deep into South Wales, and north up the majestic arc of Cardigan Bay towards Snowdonia, links ancient monuments and burial places, cairns and rocky tors.

Its star features are two of the possible quarries from which stones are believed to have been taken to Stonehenge 4000 years ago.

Archaeologists still dispute the importance of the road, which may date back 5,000 years to Neolithic times. Was it one of the hundreds of ridgeways, high trails which people and animals used to avoid the dense forests and difficult and dangerous terrain at lower levels? Or was the Golden Road altogether more important, part of a trade superhighway, along which gold mined in the Wicklow mountains in Ireland was carried south-east as far as Wessex. 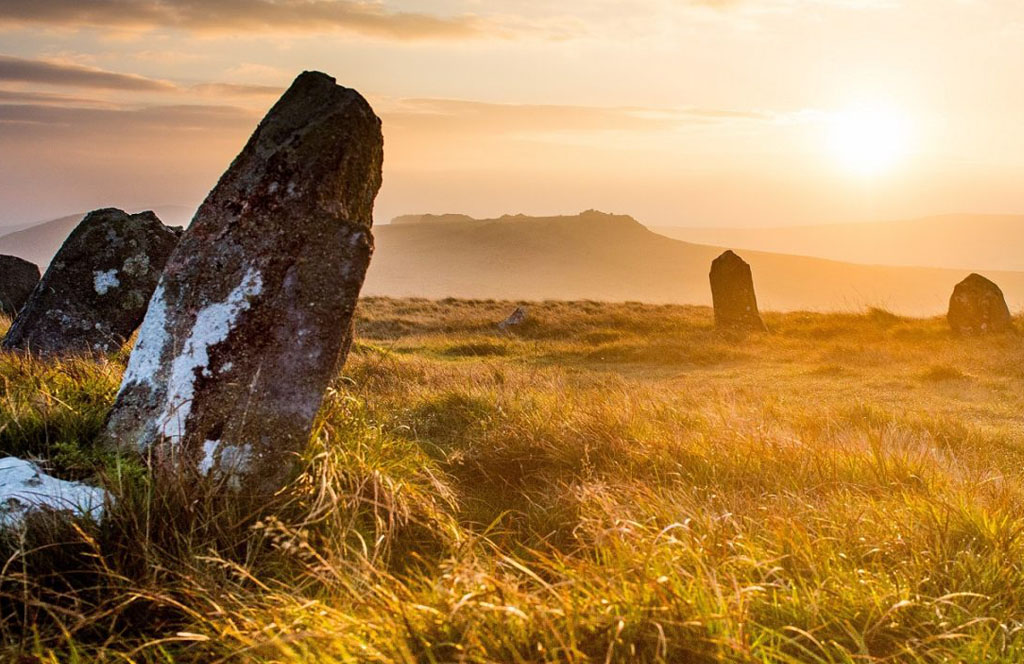 The seven miles west-east trail begins at Bwlch Gwynt, not far from Foel Eryr. (Allow four hours in one direction. Bwlch Gwynt is on the B4329, about 2 miles north of the crossroads with the B4313. The end is a lay-by at Llainbanal, one mile west of Crymych).

For more information visit the website of visit Pembrokeshire

You can find out more about which cookies we are using or switch them off in settings.

This website uses cookies so that we can provide you with the best user experience possible. Cookie information is stored in your browser and performs functions such as recognising you when you return to our website and helping our team to understand which sections of the website you find most interesting and useful.

Strictly Necessary Cookie should be enabled at all times so that we can save your preferences for cookie settings.

If you disable this cookie, we will not be able to save your preferences. This means that every time you visit this website you will need to enable or disable cookies again.